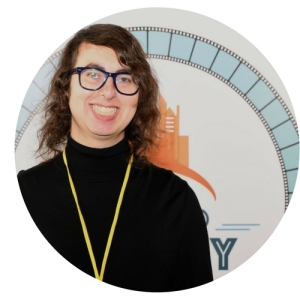 Danielle Solzman started going to the movies as a child. Her earliest memories include watching “The Land Before Time” at Showcase Cinemas in Louisville, Ky. It was the arrival of another dinosaur movie that changed her life with the release of “Jurassic Park” in 1993. Combined with “Star Wars,” the two films would cement her career goals of one day becoming a filmmaker.

While a filmmaking career has yet to happen, Solzman writes about movies, television, and books on those subjects at on several platforms.

Solzy at the Movies